It’s been fun to be a guest on my friend and fellow Utahn Rachel Wagner’s “Rachel’s Reviews” podcast. Most recently, Rachel and I talked about Disney Animation’s 12th animated film and still one of their all-time best, Cinderella (1950). 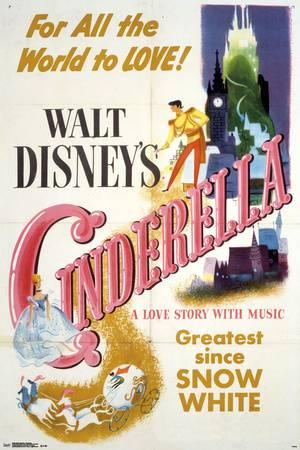 Made at a critical juncture in the history of The Walt Disney Studios, Cinderella was the film that helped get the studio back on solid financial footing and allowed for brothers Walt and Roy Disney to diversify into live-action films, television, and, of course, that little park known as Disneyland. Writer and historian Mindy Johnson in her excellent essay on Cinderella in Tachen’s giant and remarkable book The Walt Disney Film Archives: The Animated Movies 1921-1968, stated:

“No longer the brash young upstarts of the Snow White days, Walt Disney’s stable of top talent was now full of seasoned storytellers, and it was in their own best interest to secure their futures as well… [Walt] knew that working on a feature film again offered a chance for the studios’ 750 artists to collectively envision a unique story, delve even deeper in to their characters, an explore an extraordinary world through the art of animation. And, if done right, they could save the business and ensure the future of animation.”

Cinderella was also a return to an animated fairy tale for Disney and the filmmakers embellished the classic story with great style, humor, and flair. Color stylist Mary Blair is credited with developing the artistic look and feel of Cinderella. Her unique color palette and shapes provided the film’s ambiance and style. Animator Marc Davis said of Mary Blair: “In Mary’s hands, colors worked like never before.” 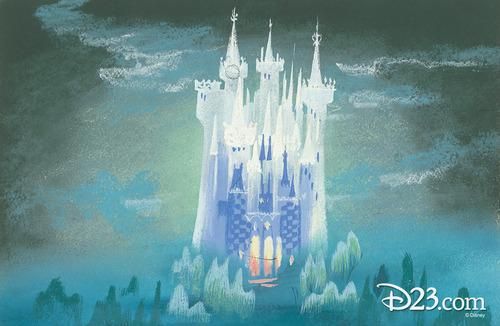 “In a sense, Walt was a Cinderella. For, indeed, much like his heroine, Disney and his team of artists overcame challenging circumstances to secure the future of the Walt Disney Studios with the success of Cinderella, and in the grand tradition of fairy tales, they ensured that the art form of animation continued ‘happily ever after.’” 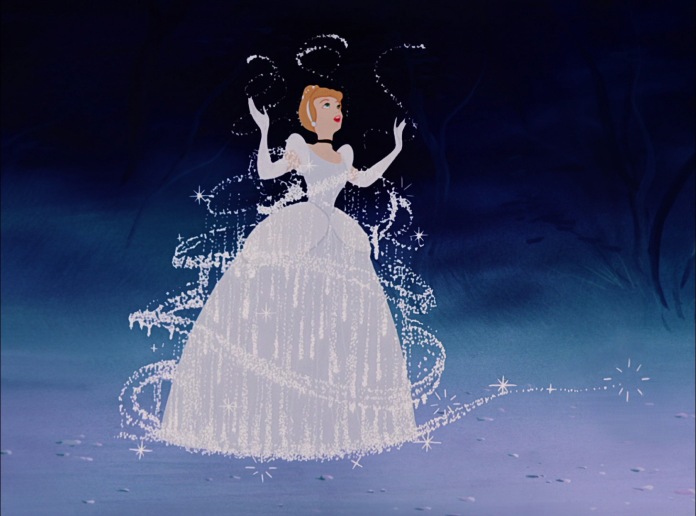 After all of the secrecy, speculation, and mysterious viral marketing campaigns, Brad Bird’s new live-action sci-fi feature Tomorrowland is finally here. Was it worth the wait? 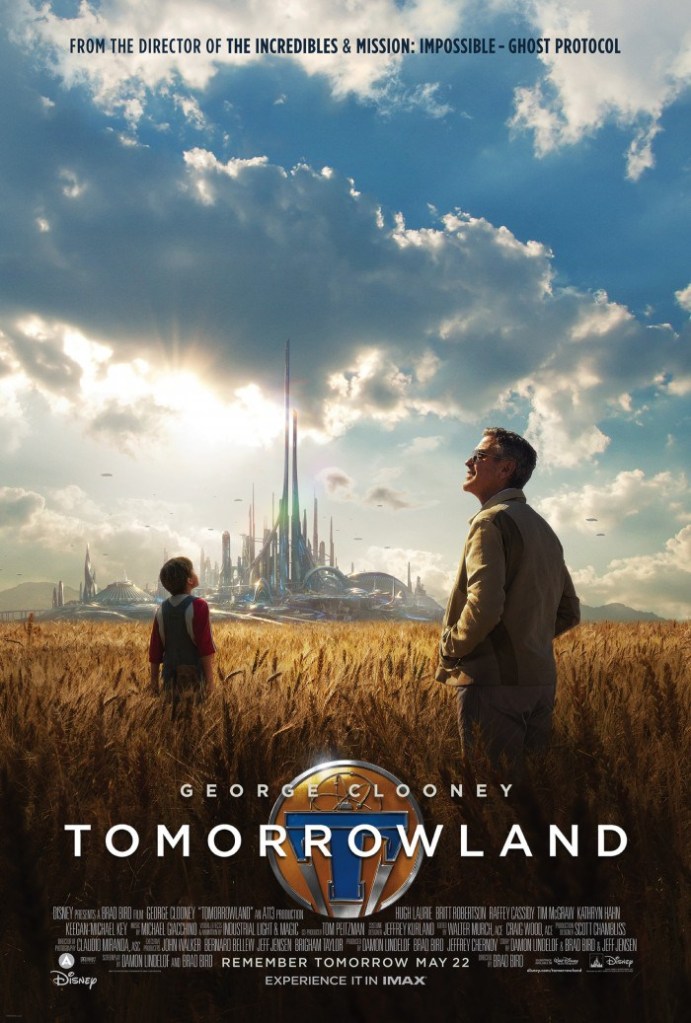 Mostly, yes. While I won’t be giving a full review (I’ll leave that to the professionals), I do have an opinion of a few things that I wished made it to the final cut:

1) More Plus Ultra. Brad Bird and his co-screenwriter Damon Lindelof created a really cool concept for the film about a secret society of the world’s best minds called “Plus Ultra.” Most references about the group were cut, which is unfortunate because the group plays an incredibly important, foundational role in the narrative. Thankfully, much of this mythology is online (see links below), but it still would have been so great in the film.

Here’s a scene that was cut that explains more about the society (enjoy the vintage-style Disney animation in the clip, too):

2) More 1964 World’s Fair. I was hoping that the film would show more of a digital recreation of the 1964 New York World’s Fair. Alas, we only get a quick glimpse of the entrance, the non-existent Hall of Invention building (it was created for the film), and a quick view of the PepsiCo/UNICEF “It’s a Small World” pavilion (the queue, boats, and flume of the attraction were filmed at Disneyland where the attraction was relocated after the World’s Fair). The crew also filmed footage at the Carousel of Progress attraction, which was the former GE pavilion at the 1964 World’s Fair (the attraction now resides at the Magic Kingdom Park in Walt Disney World), but none of the footage made the final cut. Total bummer.

3) More Tomorrowland. The production team along with futuristic designer Syd Mead created an incredible world of Tomorrow for the film. Unfortunately, we don’t get to spend a lot of time there during the movie. I left wanting more, more, more (and a big yes to jet packs in the future!).

4) More Walt Disney (maybe). Given the content of the alternate reality game that took place during the D23 Expo 2013 to promote the film, it seemed like Walt Disney the man would be playing a role in the movie. Instead, the only mention of Walt Disney that made it to the final cut is in the opening credits and on the digital recreation of the PepsiCo/UNICEF pavilion at the World’s Fair (Disney’s name is on the building). /Film has a great write-up about this. It’s probably just as well, as much of this fictional representation could have been misinterpreted, but it still would have been great to explore more the contents of the fictional “1952” box and how Walt Disney was a modern-day member of the Plus Ultra Society in the film’s mythology.

Oh well. Despite my complaints, the film is still a lot of fun and it’s great to see an original family film slug it out with all of the summer sequels at the box office. Go see Tomorrowland and let me know what you think.

Tomorrowland is currently playing in theaters.

One of my favorite places is celebrating a birthday today. Disneyland park in Anaheim, California celebrated its grand opening 59 years ago on July 17, 1955. I love this picture of Walt Disney walking through the park early one morning. Great stuff. Happy Birthday, Disneyland! Thanks for the happy memories. And hopefully there will be many more happy memories to come. 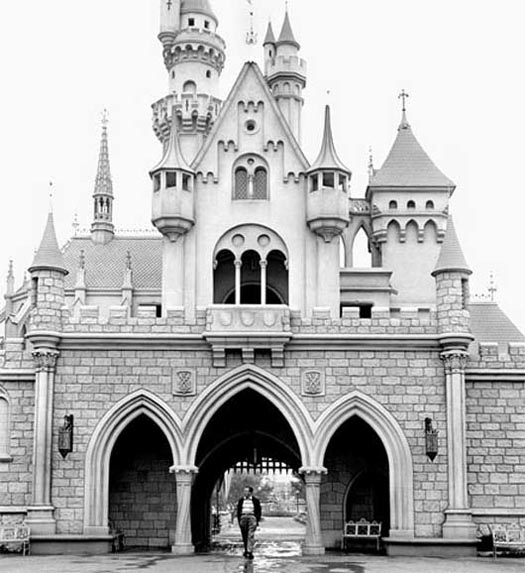 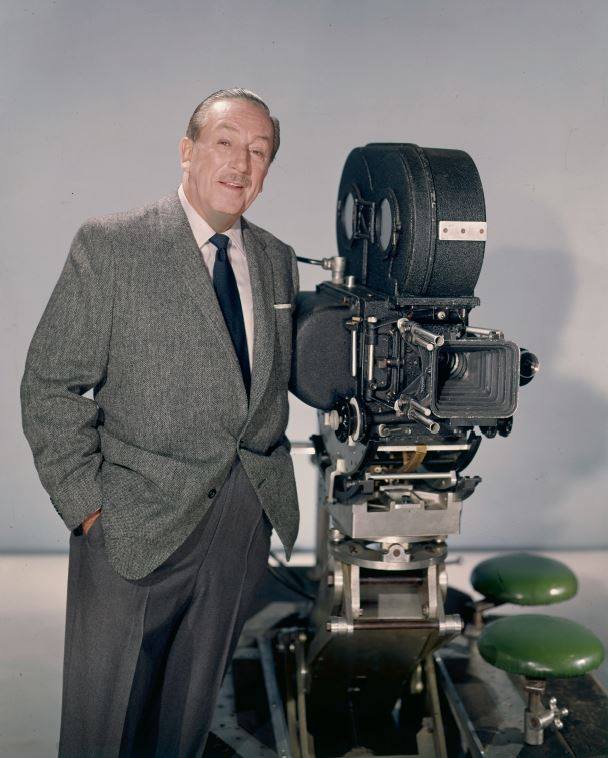 Courtesy of The Walt Disney Company

I am forever inspired by one of the world’s great filmmakers, entertainers, and thought leaders–the incomparable Walt Disney. His birthday was yesterday (December 5). Happy Birthday, Walt!