Look what was introduced today at Star Wars Celebration in Orlando, Florida!

The final day of the 2017 Turner Classic Movies (TCM) Classic Film Festival has come and gone. The festival has been great every day and it definitely ended on a high note for me.

TCM programmed this film as a tribute to Carrie Fisher who died last December (TCM also paid tribute to Debbie Reynolds by screening her first film Singin’ in the Rain). The film is based on Carrie Fisher’s book of the same title; Carrie also wrote the screenplay. I loved this film in 1990 and I loved seeing it again today. Carrie’s brother Todd Fisher and Richard Dreyfus (who has a supporting role in the film) were there and gave their remarks after the screening. Sadly, I missed their commentary because I had to go get in line for the next film.

Seeing this on the big screen was a total delight. Introducing the film was director Peter Bogdanovich! Such a treat. 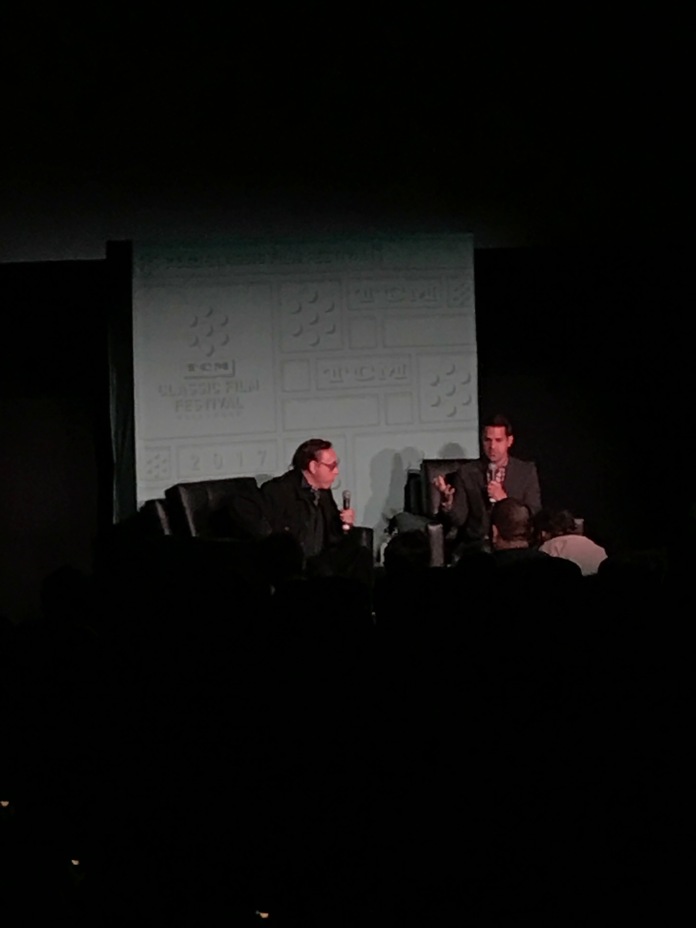 This was another nitrate print screening, but the film was in Technicolor. The shades of color were remarkable, unlike anything I have ever seen.

Both What’s Up, Doc? and Lady in the Dark were screened at the Egyptian Theatre.

Many thanks to the folks at TCM who worked so hard to put on such an outstanding event. The film festival just worked very well in all regards (other than having to choose between so many good films; I wanted to see them all). Can’t wait to go back.

Had another interesting and enjoyable day at the 2017 Turner Classic Movies (TCM) Classic Film Festival.

The TCM folks worked with the Cinerama Dome folks in Hollywood (now owned and operated by ArcLight Cinemas) to screen two films in the dome-shaped theater–It’s a Mad, Mad, Mad, Mad World (the first theatrical release created in the format), and This Is Cinerama (a travelogue-style film that shows off the format).

Film historian and author Leonard Maltin was on hand to introduce this film and the format.

The is Cinerama! Always one of my favorites, coming to you from the Cinerama Dome in Hollywood @tcm @tcmfilmfest #TCMFF pic.twitter.com/4nGIlQ46Kn

The view from my seat

“This Is Cinerama” poster

Model of the theater interior (note the three projection booths)

Director Carl Reiner was there to introduce this film that launched Steve Martin’s movie career.

This French anti-war comedy film directed by Philippe de Broca was a thought-provoking delight. Actress Geneviève Bujold was there to introduce the film and she looked luminous and lovely. 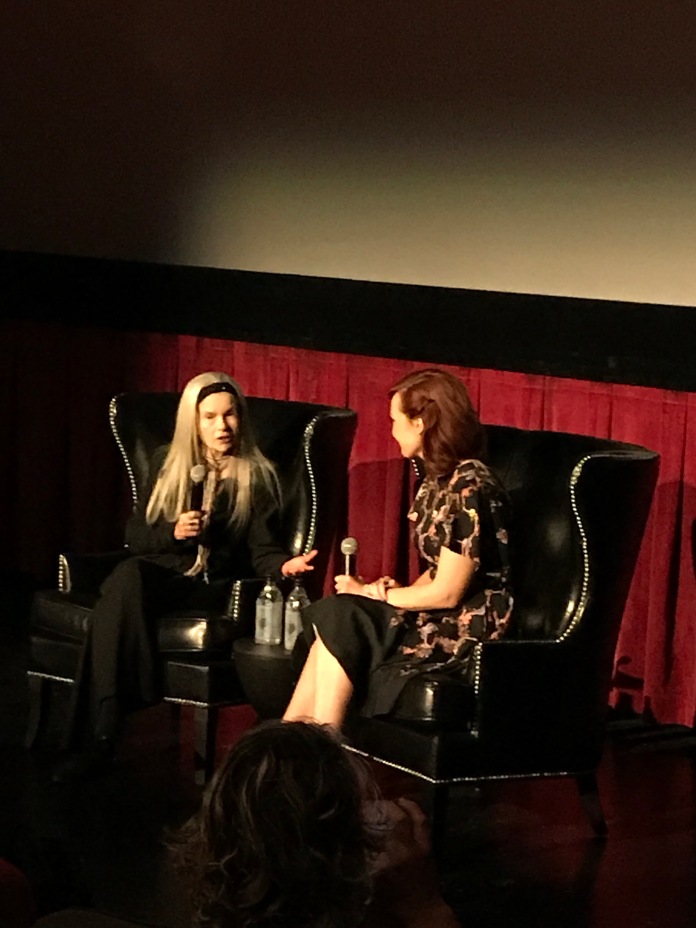 I love, love, love this crazy comedy. Directors David Zucker, Jim Abrahams,  and Jerry Zucker were there to introduce the film. 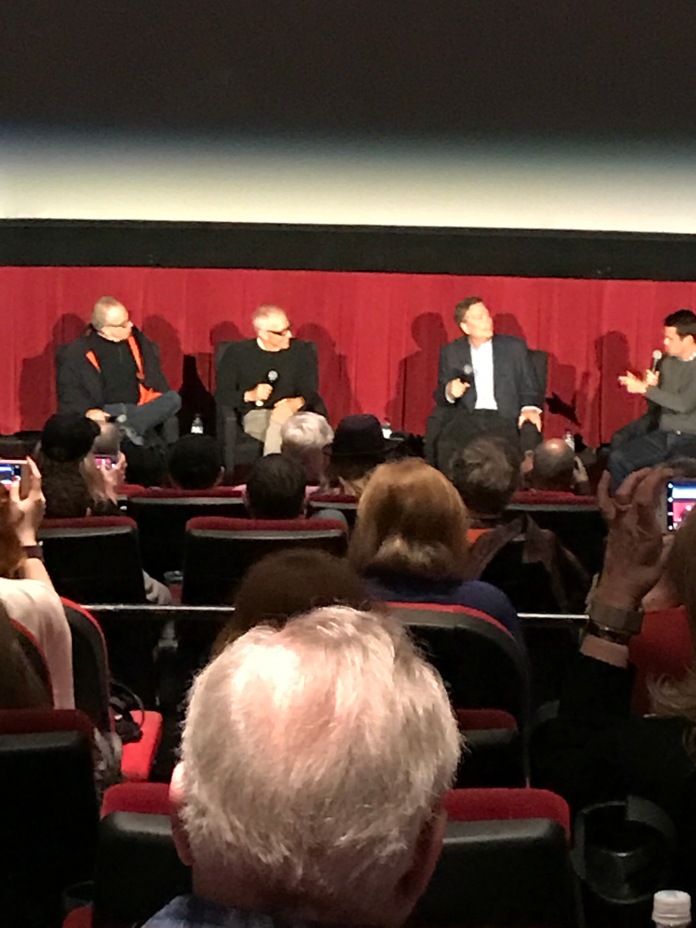 Dirty and somewhat uneven, but when it delivers, it’s hilarious. Edgar Wright was there to interview director John Landis and the creative team of David Zucker, Jim Abrahams, and Jerry Zucker.

Day two at the 2017 Turner Classic Movies (TCM) Classic Film Festival was enlightening and delightful. Saw films for the first time, revisited some old favorites, and saw some interesting people.

Basically, the entire day was spent either in line or in the theater. 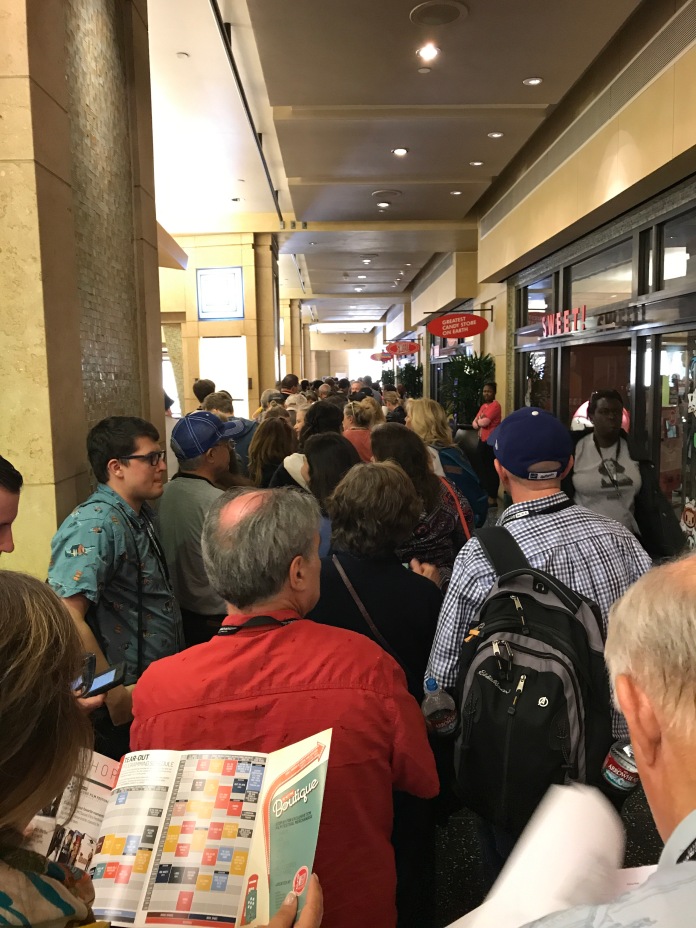 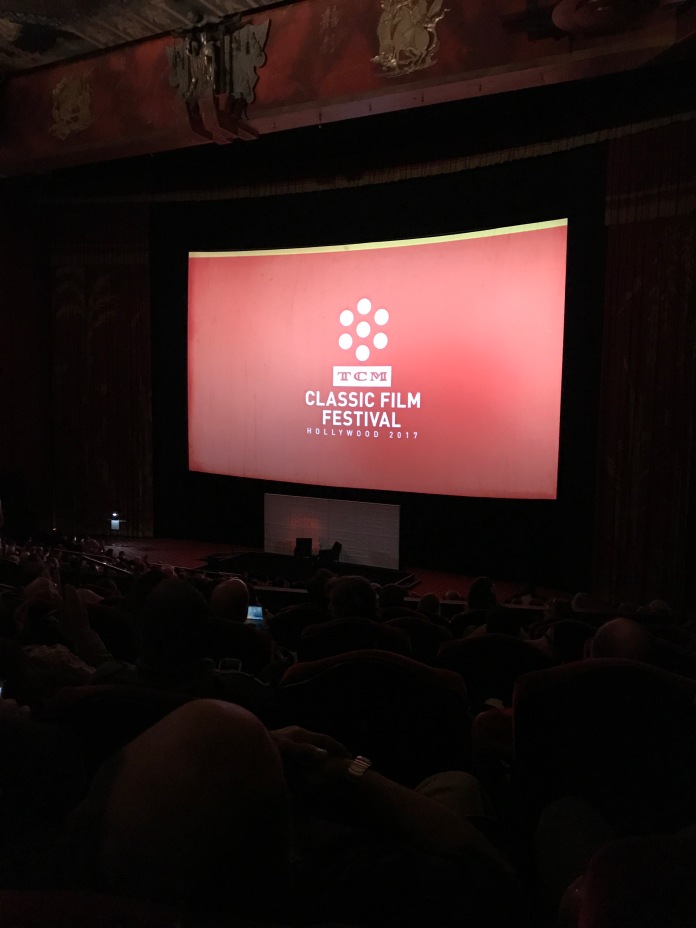 First up was a screening of 10 rarely seen short films created by animator Ub Iwerks in the 1930s. It was hosted by animation expert and historian Jerry Beck and documentary filmmaker Leslie Iwerks, Ub Iwerks’ granddaughter.

Directed by John Huston and filmed on location in Italy, this comedy farce was weird but fun (it’s just always a bit unnerving for me when Humphrey Bogart is in a comedy). I particularly loved the black and white cinematography by Oswald Morris. Truman Capote was a screenwriter on the project, too.

Introducing the film were film scholar Cari Beauchamp and script supervisor for the film Angela Allen. 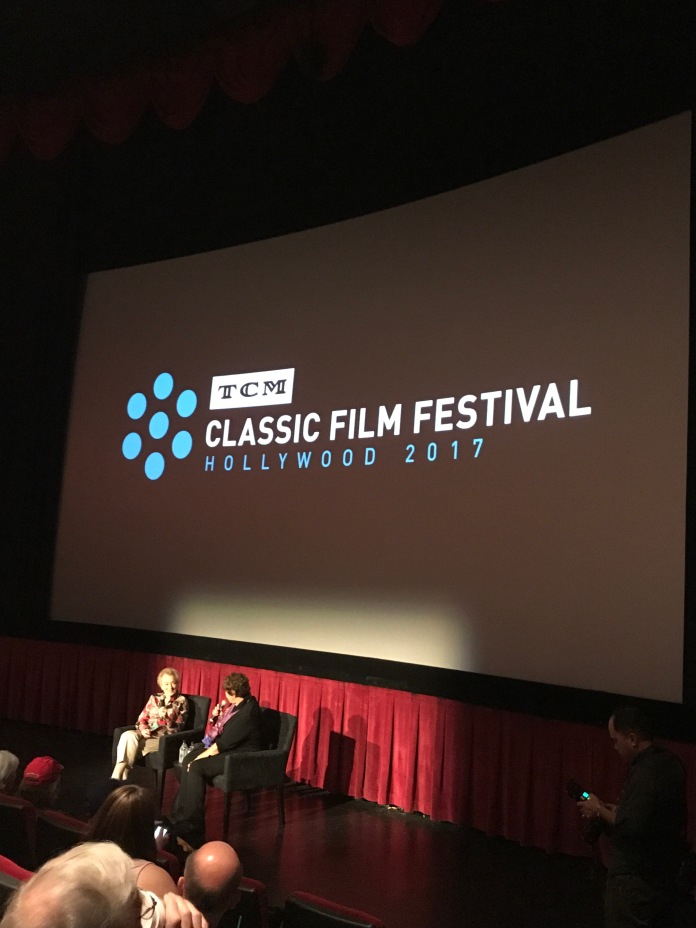 Holy smokes, I was reminded of how much I love this movie. TCM host Ben Mankiewicz interviewed director Rob Reiner before the film. Cary Elwes (who played Wesley in the film) was in the house, too. 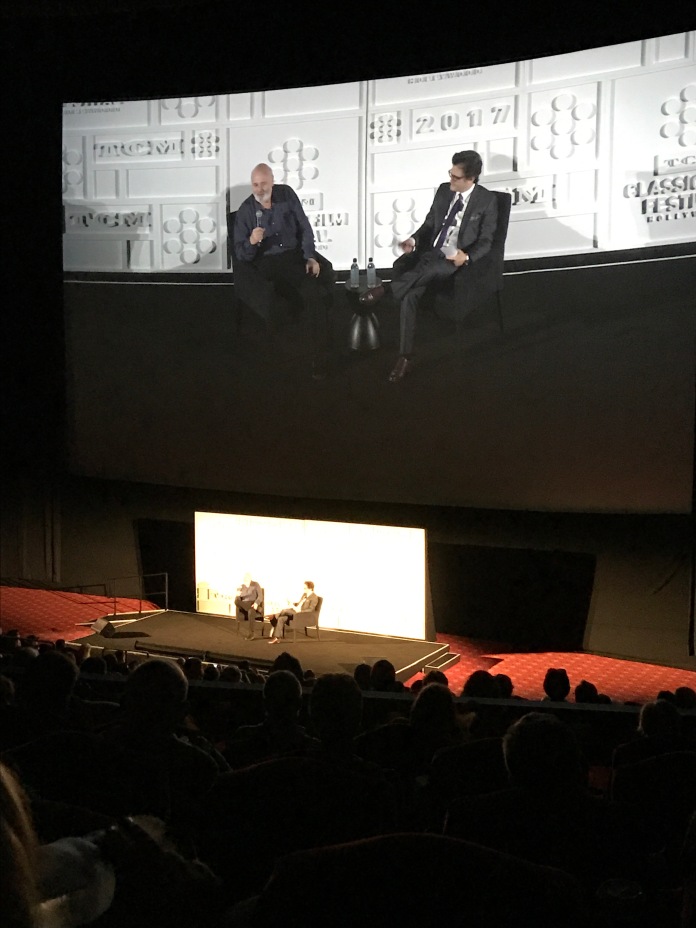 Stars: they're just like us! @Cary_Elwes watches THE PRINCESS BRIDE with the audience at #TCMFF pic.twitter.com/t39BcvE3qA

It was wonderful to revisit this interesting take on the decline of television news intermixed with a very compelling romantic comedy/love triangle. There to introduce the film were director James L. Brooks and actor Albert Brooks.

Mel Brooks was on hand to introduce his spoof/homage to Alfred Hitchcock. Such an unbelievable treat to see/hear Mel Brooks in person. 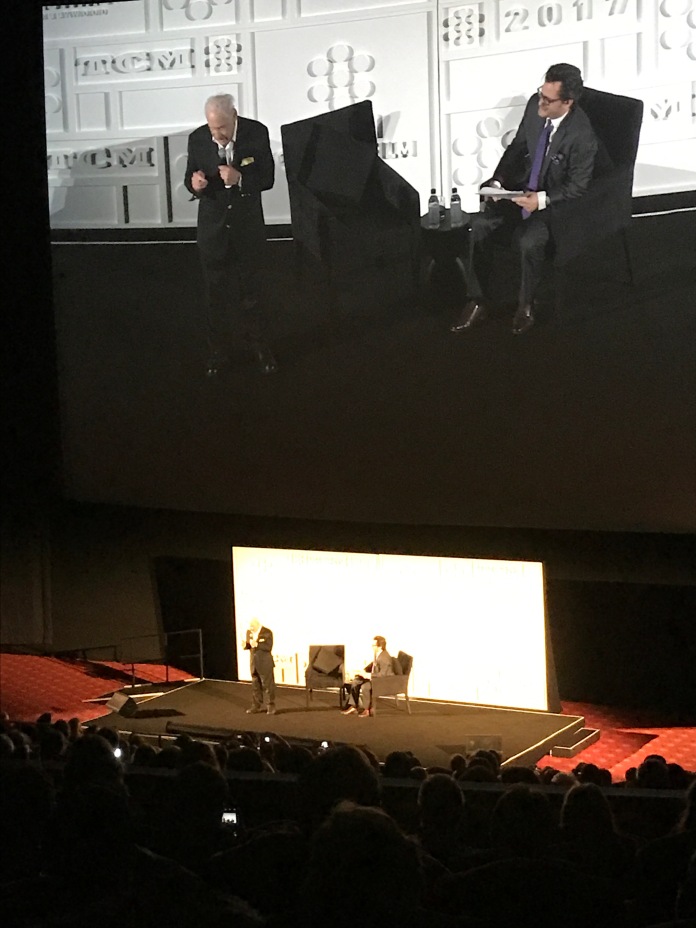 What is your favorite Mel Brooks' film? The filmmaker joined us to introduce HIGH ANXIETY ('77) yesterday at #TCMFF. We feel so fortunate that he shared stories with us.

The TCM Classic Film Festival is carrying on its tradition of midnight screenings of cult classics. Day two’s midnight movie was the horrible Zardoz which features Sean Connery running around in only a red diaper for the entire film. Weird and hilarious. A fellow film goer brought these Zardoz-inspired cookies.

Film Geek of the Year Award goes to @cinebeth for these marvelous Zardoz cookies in honor of tonight's midnight movie. #TCMFF pic.twitter.com/JDzbbJwpxz

Greetings from Hollywood, California. I’m attending this year’s Turner Classic Movies (TCM) Classic Film Festival. The festival runs from April 6-9, 2017. The theme is “Make ‘Em Laugh: Comedy in the Movies” (although there are films from many genres represented).

Great signage is all around the festival area. 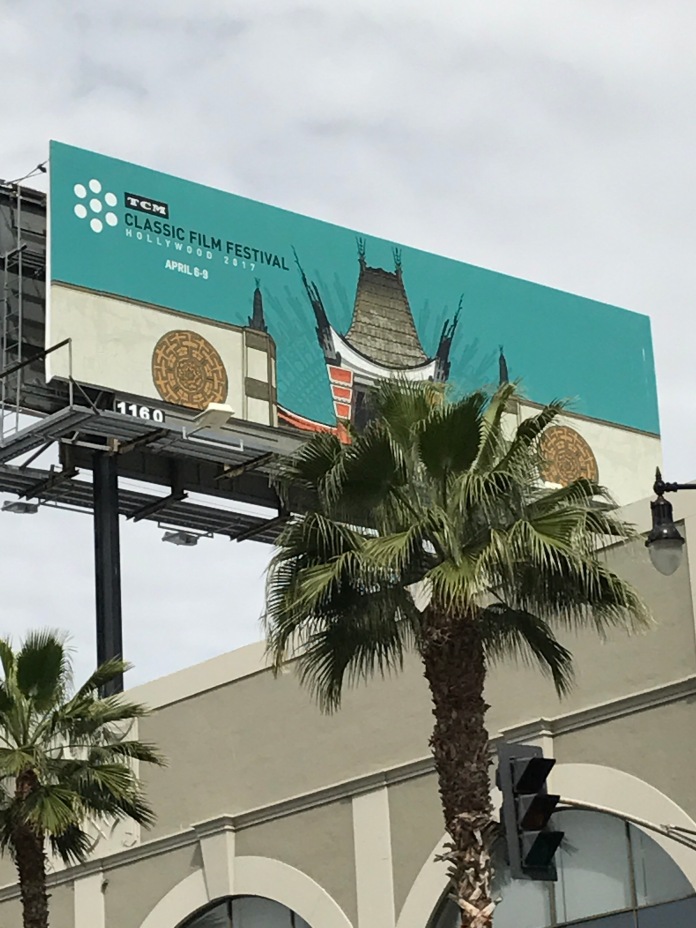 Billboard on top of a building on Hollywood Blvd.; sorry that I couldn’t move the tree

Billboard on the Hollywood & Highland Center

Windows at the Roosevelt Hotel 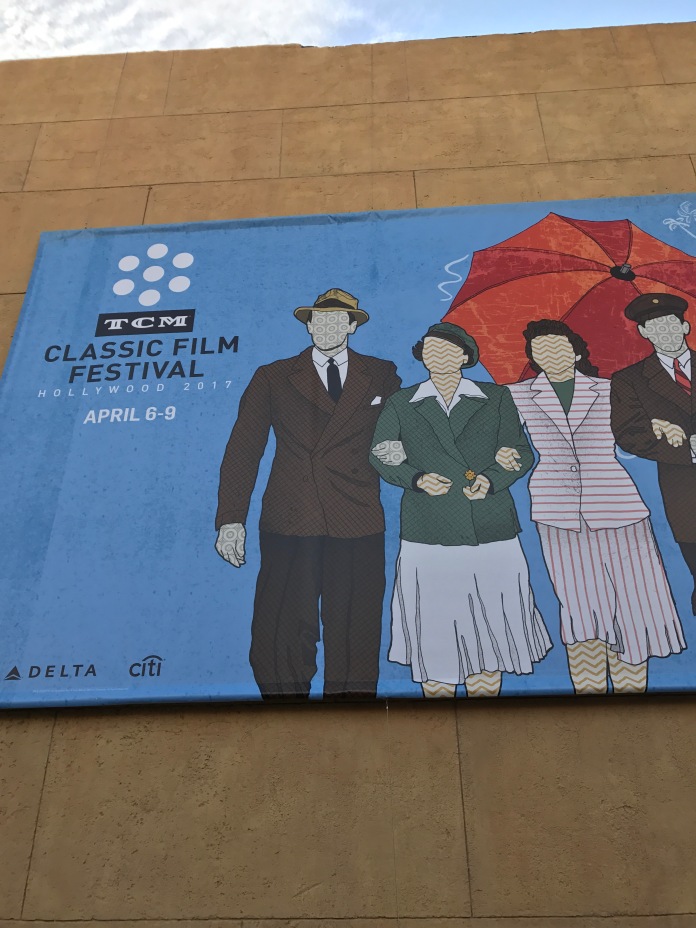 The TCL Chinese Theatre is the symbolic home of the festival–and is still one of the greatest movie theatres in the U.S.A. 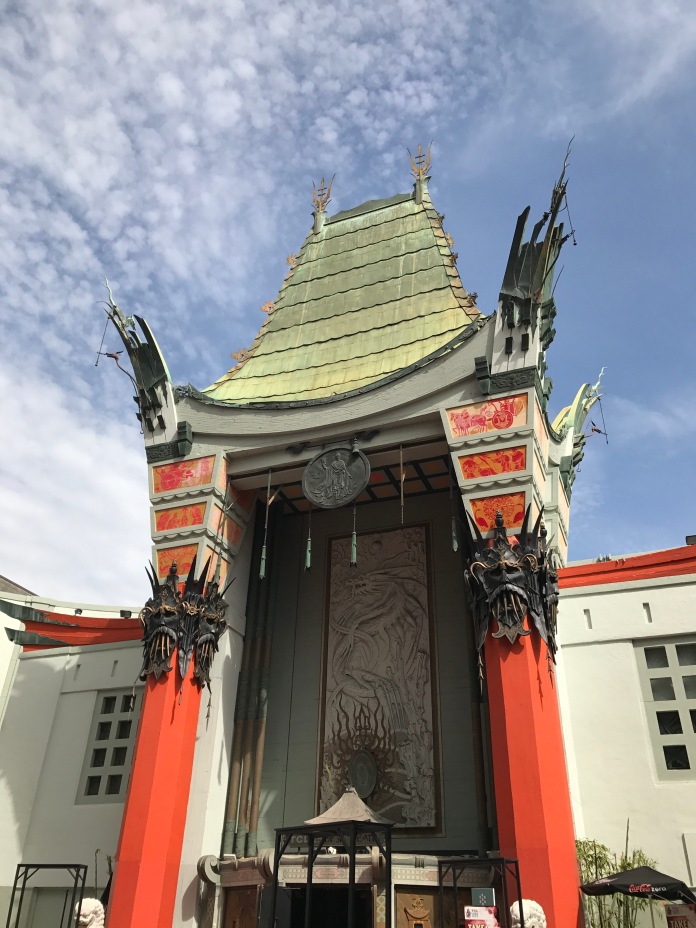 The great ceiling of the TCL Chinese Theatre

While the entire festival this year is dedicated to Robert Osborne, the original host of TCM who passed away on March 6, 2017 at the age of 84, this event was a 90-minute tribute panel hosted by TCM host Ben Mankiewicz with many of Robert’s TCM team members talking about what it was like working with him.

Robert Osborne was such a pro; it was great to hear such kind words from his colleagues at TCM

Everyone unanimously recounted what a consummate professional and gentleman he was and how he treated his co-workers and fans with the utmost kindness and respect.

Probably what was most interesting to me was the emotional connection so many had with classic cinema and with Robert (myself included). I know that watching old movies with my mom, including many on TCM, was a true bonding experience. Other people in attendance reported the same thing–the classic movies shown on TCM and introduced by Robert Osborne helped connect to our past and bring comfort to the present.

I loved, loved, loved, this romantic screwball comedy. Starring William Powell and Myrna Loy, it was a total delight. The screening was introduced by actress Dana Delaney.

That really is Dana Delaney

A scary and beautiful film and one of Alfred Hitchcock’s first films made in the UK. The TCM folks screened a nitrate print of the film and director Martin Scorese was on hand to introduce it.

And that really is Martin Scorsese