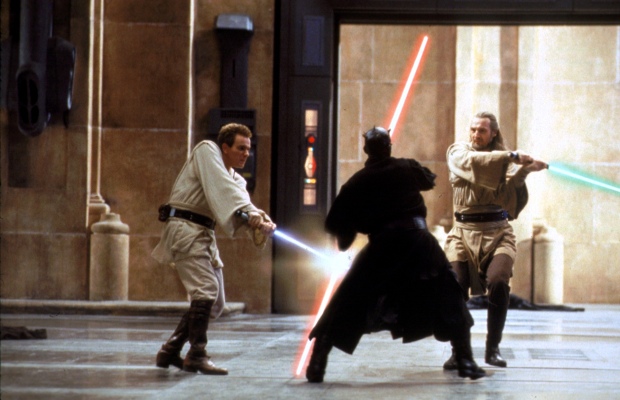 Seeing “Star Wars: Episode I – The Phantom Menace” (Lucasfilm Ltd./20th Century Fox, 1999) on the big screen again tonight in 3D was both a happy and sad experience. The film has two absolutely breathtaking, thrilling scenes: the pod racing sequence on Tatooine and the lightsaber battle between Qui-Gon Jinn, Obi-Wan Kenobi and Darth Maul during the film’s triple-action finale. It was such a treat to see these amazing sequences again on the big screen beautifully rendered in 3D. Watching the rest of “Episode I” was and is mostly painful for me–Jar Jar Binks, the terrible acting, the monotonous dialogue, Jar Jar Binks, the ridiculous accents and dialects spoken, Jar Jar Binks, and the melancholy thoughts about what the film could have been. Oh well, I’m just pleased for the chance to see any “Star Wars” film on the big screen and, mostly, can’t wait to see “Episode IV – A New Hope” and “Episode V – The Empire Strikes Back” down the road again in an actual theater, just like I did as a kid. (And don’t get me started on those Ewoks…)

What I wish would happen to Jar Jar Binks 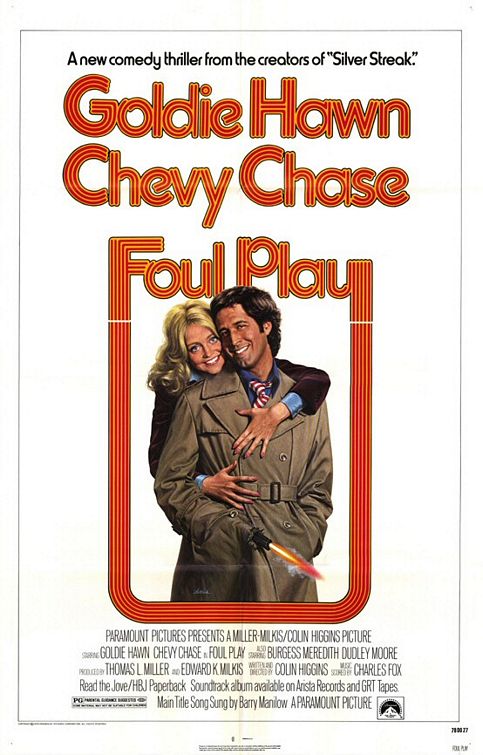 “Foul Play” (Paramount, 1978). A romantic comedy thriller–sort of a 1970s “Hitchcock-lite.” Gloria Mundy, played by Goldie Hawn, decides she’s “ready to take a chance again” (main title song courtesy of Barry Manilow) with a new guy, but ends up getting involved with a spy who has uncovered a diabolical plot to kill the Pope. Chevy Chase plays Tony Carlson, a clumsy yet charming cop hired to protect Gloria from the cast of crazies trying to harm her. Highlights include Goldie Hawn’s smile, great one-liners from Chevy Chase, a memorable game of Scrabble, and a wild car chase scene through the hilly San Francisco streets. Written and directed by Colin Higgins. “Kojak, bang, bang!”

“Adam’s Rib” (MGM, 1949). It’s the battle of the sexes starring the classic on-screen duo of Spencer Tracy and Katharine Hepburn. They play happily married attorneys representing opposite sides of a sensational attempted murder case. The case begins to humorously take its toll on their relationship as they question the behaviors, attitudes and societal roles of men and women and of each other. The top-notch supporting cast includes Judy Holliday, Tom Ewell and Jean Hagen. Quick-witted, sophisticated and thought-provoking. Written by Ruth Gordon and Garson Kanin. Directed by George Cukor. “Vive la différence!”

Zero Mostel and Gene Wilder in "The Producers" (Embassy Pictures, 1968)

“The Producers” (Embassy Pictures, 1968). Zero Mostel (with the world’s best combover) plays Max Bialystock, a down on his luck Broadway producer. Gene Wilder plays Leo Bloom, his neurotic accountant. Together, Bialystock and Bloom hatch a plan to produce surefire flop of a play that will open and close in one night, allowing them to run off to Rio with all of the money. The play’s name? “Springtime for Hitler.” Written and directed by Mel Brooks, the film is filled with crazy characters, crazy humor and one of the craziest (and funniest) musical production numbers you’ll ever see. Brooks turned this film into an actual Broadway musical that was a huge hit in 2001; a subsequent film version of the musical was made in 2005. “Not many people know it, but the Führer was a terrific dancer.” 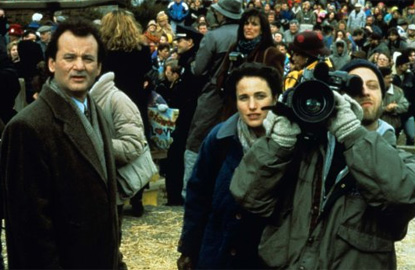 “Groundhog Day” (Columbia, 1993). Bill Murray plays Phil Connors, a cocky, people-hating weatherman who is forced to live the same day over and over again. This spot-on comedy hits all of the right notes as Phil figures out how to become a better man. Endlessly quotable, funny and endearing. Written by Danny Rubin and Harold Ramis. Directed by Harold Ramis. “Do you ever have déjà vu, Mrs. Lancaster?” “I don’t think so, but I could check with the kitchen.”