All done! After watching all 51 feature films this year made by the Walt Disney Animation Studios, here are my five least favorite and ten (well, eleven) most favorite Disney animated motion pictures listed in order of release date.

A huge thank you to all of the artists and staff at the Walt Disney Animation Studios for making these 51 films. And thanks to all of you for following along during 2011. Happy movie watching to you and yours in 2012!

“Winnie the Pooh” (2011), Walt Disney Animation Studios’ 51st animated motion picture. Disney returns their Pooh franchise to its roots with a high-quality, traditionally animated feature film. While made for the youngsters, it’s still a clever (and funny) throwback for adults. The beautiful animation is wonderfully reminiscent of the original short film from the 1960s. That cute Zooey Deschanel sings the title track and some other songs in the film: http://www.youtube.com/watch?v=daF6fV7BRfQ&feature=channel_video_title. 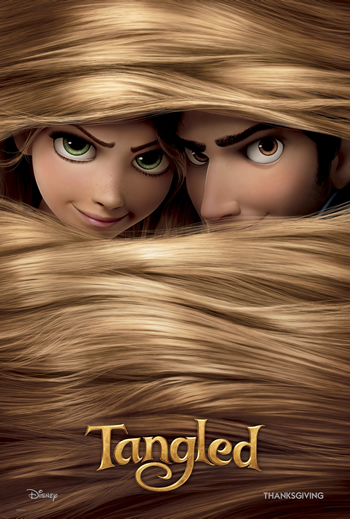 “Tangled” (2010), Walt Disney Animation Studios’ 50th animated motion picture. Disney’s take on the Rapunzel story. It’s also Disney’s first 3D computer animated fairy tale. This time, Rapunzel escapes her famous tower with the help of Flynn Rider, a Romeo and wanted thief. My list of things I like about this film is as long as Rapunzel’s hair. A beautifully animated, clever, funny and touching film. The perfect vocal cast includes Mandy Moore as Rapunzel, Zachary Levi as Flynn Ryder and Donna Murphy as the evil-to-the-core Mother Gothel. “Something brought you here, Flynn Rider. Call it what you will–fate…destiny…” “A horse.”

“The Princess and the Frog” (2009), Walt Disney Animation Studios’ 49th animated motion picture. A fun, if uneven, American fairy tale set during the Jazz Age in New Orleans. It’s also a return to traditional hand-drawn, or 2D, animation for the studio after previous management had abandoned the art form in 2004. Our human heroine, Tiana (sublimely voiced by the beautiful and talented Anika Noni Rose), becomes a frog herself after kissing “a frog prince.” The two of them, along with Louis the trumpet playing alligator and Ray the love-sick firefly, have a big adventure in the Bayou and at Mardi Gras trying to right the wrongs done to them by the evil Dr. Facilier, a wonderfully bad villain in the great Disney tradition. While the film has top-notch visuals and music, it’s a bit lacking in the story department. Still, it’s great to see Disney doing hand-drawn animation again. “Dreams do come true in New Orleans.” 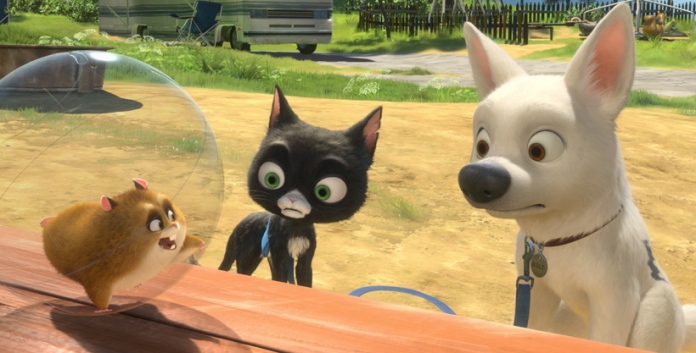 “Bolt” (2008), Walt Disney Animation Studios’ 48th animated motion picture. A low-key and very funny road movie about a TV star dog named Bolt (voiced by John Travolta) who tries to find his way home to his beloved owner after he is accidentally shipped from Hollywood to New York City. Along the way he meets up with a declawed but resourceful cat named Mittens (voiced by Susie Essman from “Curb Your Enthusiasm”—don’t worry, she doesn’t use her character’s signature word in this film) and an overly enthusiastic hamster named Rhino (hilariously voiced by Utah native and then Disney animator Mark Walton). The film has great wit and wonderful attention to detail. Brilliant character animation is paired with subtle backgrounds that look like they are from an Edward Hopper painting. The child-in-peril finale (which is one of my least favorite, if not very least favorite, plot devices) is, thankfully, handled in a tasteful and meaningful way. The film is truly entertaining from start to finish. “Let it begin!”